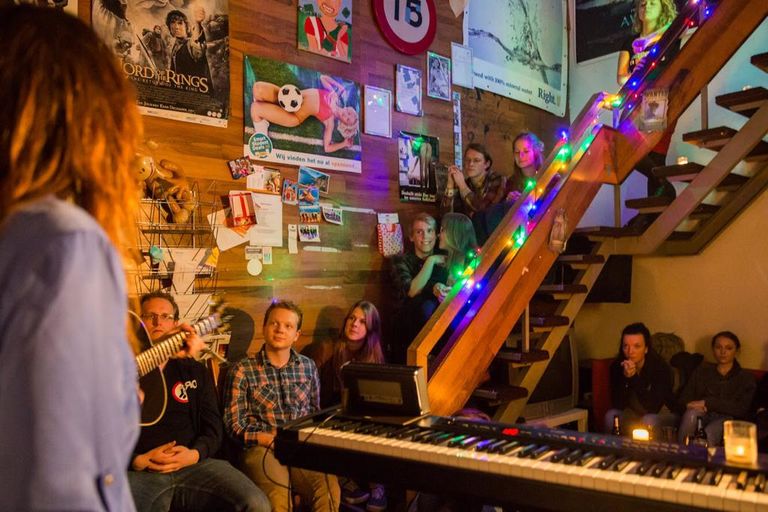 Stukafest, the Student Room Festival, will descend upon us again in February. Student rooms as theatre venues and concert halls, in DUWO student housing as well.

From 6 to 28 February, the student rooms in 13 cities will be transformed into small theatres and concert halls, where one can enjoy a lot of theatre, music, dance, film, cabaret and poetry performances between the study books and beer crates. As was the case in previous years, different DUWO student flats in Leiden and Delft will take part in Stukafest: five student rooms in flats in Leiden and eight in flats in Delft.

Stukafest has been around since 2001. Initially it only took place in Nijmegen, but in 2007 it began expanding to other student cities. The festival is on different dates in different cities.

For many years, DUWO tenants in Delft and Leiden have made their rooms available for Stukafest. In Leiden, Stukafest will take place on Thursday, 7 and Friday, 8 February. In participating DUWO houses you can go to see: the Amsterdam jazz band BRUUT in Nieuwe Rijn 12, a selection of the best short films from the Leiden International Film Festival in Witte Singel 99, flamenco guitarist Marnix Alexander DuCrock in Houtstraat 3, Singer PYN and band in Morsweg 52, and a theatre performance by poet René Oskam in Hooigracht 39.

Of course, there are many other (non-DUWO) homes where the door is opened to the public during Stukafest, both in Leiden and In Delft.

Other participating student cities are: Nijmegen, Amsterdam, Utrecht, Rotterdam, Groningen, Eindhoven, Middelburg, Zwolle, Enschede. Tickets are available for a single performance or for an evening (three performances). Would you like to know more? Please visit www.stukafest.nl.

If the direct debit for February has been reversed, you can pay it online by logging in to your DUWO portal.