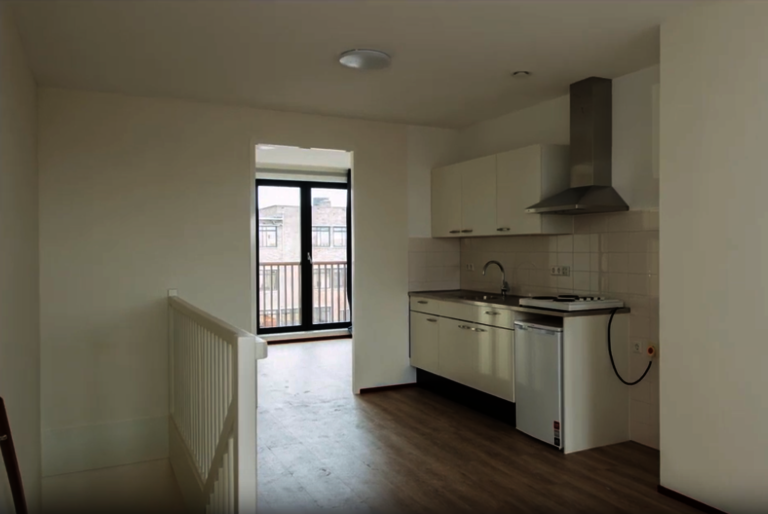 On Thursday, 6 December, a complex of 58 student homes opened in Leiden. This spacious, mostly multiple-room housing complex for students and PhD students is situated on a special location at the edge of the city centre: on the grounds of the Flour Factory.

The festive opening was attended by Fleur Spijker, Alderwoman for Sustainable Urbanisation, Planning & Living, Lisa Johnson, former chairperson of the Board of Directors of SLS, Heleen De Vreese, chairperson of the Board of Directors of Stichting DUWO, and Ed Black, Director of construction company Van der Wiel, all of whom gave speeches as well. During the opening ceremony, a film was shown about the history of student housing in Leiden. You can watch it here.

The Meelfabriek is well-known in Leiden. The grounds on which the industrial heritage building stands is situated on the edge of the historic city centre. This was once the home of one of the biggest flour factories in The Netherlands. The site is currently being redeveloped. New construction is a part of this redevelopment. DUWO began building here in 2016. Starting at the end of October, the delivery of 58 student homes took place in phases. Today, all of them are occupied.

The new complex consists of two housing blocks, on the Looiersgracht and the Waardgracht. They primarily contain three-room apartments (52). Furthermore, there are a few studios, two-room apartments and even a four-room apartment. The rental prices are relatively low for this type of housing. They start at EUR 342 (for the studios). That includes service costs, TV and internet, after deduction of the rent supplement, but excludes gas, electricity and water. The rental price of the multiple-room houses vary, but are all around EUR 600. You can apply for a rental supplement for these houses if you are 23 years of age or older.

The Leiden student housing market can put these new homes to good use. There is already a demand for 1,200 student homes in the city, and according to current forecasts that demand will see a significant increase in the next eight years. The Landelijke Monitor Studentenhuisvesting 2018 [National Monitor Student Housing 2018], which published its findings in October, estimates that the demand will grow to between 1,800 and 2,600 student homes by 2026. The number of students in Leiden is currently 32,900. It is expected that in 2025 the city will be home to 36,900 students.

Construction will continue on the grounds of the Meelfabriek for the next five years. Not for students, however. Among other things, a residential tower, a space for special companies, a parking garage, a garden and a hotel will be constructed.

The design for the student houses was made by Splinter Architects. The construction was carried out by Van der Wiel Construction.