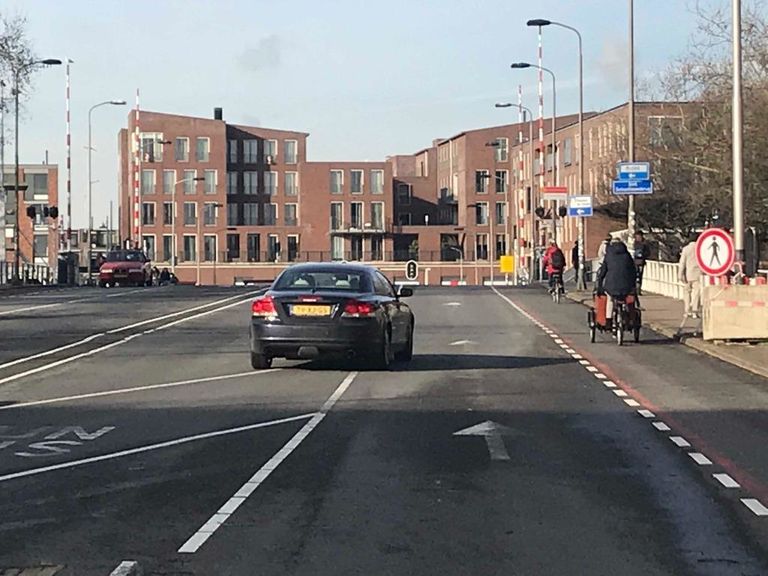 The office of DUWO Delft, also the head office, is less accessible from 14 February due to the closing of the Sint Sebastiaans Bridge. Read here how to reach the office...

The Sint Sebastiaans Bridge is in bad shape and will be replaced by a new bridge. The new bridge will be fitted with tram tracks for tram line 19 to the TU Campus, something for which the old bridge was not suitable. The new Sebastiaans Bridge must be finished in early 2020. The construction work makes the office of DUWO (next to the bridge, Prof. Schermerhornstraat) less easy to access for an extended period, especially coming from the city centre.

For example, from 14 February it is no longer possible to drive by car from the city centre directly to the DUWO office. Cars must make quite a large detour from the Phoenixstraat via the Westlandseweg, the Prinses Beatrixlaan, the Kruithuisweg and the Schoemakerstraat. The diversion route for cars from Delft-Noord runs via the Insulindeweg and the Oostsingel. Coming from the A4 and A13 motorways, you will experience fewer problems. The TU district is clearly signposted.

Cyclists and pedestrians are able to reach the DUW office from the city centre via a small diversion. They can make use of the Hambrug, the Kanaalweg, the bicycle path along the Mijnbouwplein and (after crossing the road) the Kanaalpad. It is no longer possible to use the bicycle path along the Schie under the Sebastiaans Bridge. Another possibility from the city centre is: Oosteinde, Oostpoort, Oostpoortbrug, Kanaalweg.

From 14 February, the bus lines 60 and 64 no longer travel via the Mijnbouwstraat and Julianalaan (bus stop Michiel de Ruijterweg). They do drive to Zuidpoort. From there, you can walk to the DUWO office via the above route.

During the construction of the new bridge, work is also being done on the Mijnbouwstraat, which is adapted to accommodate car and bicycle traffic in both directions. The sewage system is also being replaced.

Work will be also done on Poortlandplein, to install new traffic lights and separate bicycle paths. The Michiel de Ruyterweg and a part of the Julianalaan (along the TU Faculty of Architecture and the Built Environment) will become car-restricted.

Diversion routes and information about the construction work can be found here.